Most parts professionals categorize starters and alternators as “rotating electric.” Automotive technicians, on the other hand, generally categorize the starter and alternator as part of the starting/charging system. Since the designs of starting and generating systems have evolved during the past decade to include computer controls, the so-called “basics” of each operating system must be constantly revised to promote a better understanding of the product and to avoid an unwanted warranty situation.

When dealing with rotating electrical warranty issues, remember that the reliability of any wet-cell automotive battery rapidly declines after about four or five years of service. If the vehicle is driven infrequently, the battery’s storage plates tend to sulfate, which drastically reduces the battery’s rated cold cranking amperage (CCA). Similarly, the normal discharge and recharging cycles of daily driving tend to wear the storage plates out, which again reduce the battery’s CCA. Since many rotating electrical problems begin with worn-out batteries and corroded battery terminals, an electronic battery test and visual battery inspection should be done before attempting to diagnose rotating electrical parts. 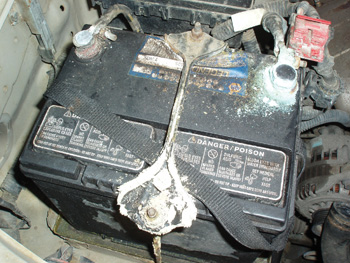 Starter motors have evolved from heavy full-field designs to lighter permanent magnet, reduction gear designs. While the full-field starters often failed due to excessive brush and armature wear, most permanent magnet starters fail because the electrical contacts in the solenoid have worn out, which generally results in a no-engagement starter complaint accompanied by a clicking noise from the starter solenoid.

Since the charging rates of modern alternators are controlled by the PCM, it’s important to check for diagnostic trouble codes before replacing an alternator. In addition, your store’s electronic battery testing equipment might feature an alternator output check that will test the alternator’s response to load and simultaneously test the alternator’s rectifying diodes. Although the charging rate of modern alternators routinely exceeds 100 amperes of current, remember that alternator life is considerably shortened when operating at or near full capacity. Since the vehicle itself can require as much as 40 amperes of current to operate on-board electronics and exterior lighting, the added load of a worn-out battery can easily cause a new or remanufactured replacement alternator to overheat and ultimately fail.

Other than battery-induced failures, most alternators fail either because one of its carbon brushes is stuck or because one or more of its rectifying diodes have developed a shorted or open circuit. Last, but not least, remember that worn or glazed V-type or serpentine drive belts are the most common causes of low alternator output. Modern EPDM rubber serpentine drive belts must be measured with a simple tool supplied by your belt supplier. If the belt is worn, the electrical output of the alternator will be reduced as its drive pulley begins slipping inside the belt. 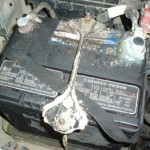 Since the designs of rotating electric or starter and alternator have evolved to include computer controls, the “basics” of each must be constantly revised.