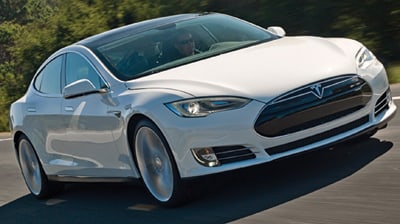 Imagine a vehicle that can go 300 miles on battery power. This is not possible today without an assist from a gasoline motor (as a generator), or an alternate drive solution. The fact that vehicles need, essentially, two powerplants means electric vehicle will cost more than gasoline vehicles. To make electric vehicles a reality, we need to find batteries that are cheaper, last longer, and charge quickly. So the battery the future requires is cheap, more energy-dense and less fragile. No car on the market can meet all of these requirements: the $35,200 all-electric Nissan Leaf has only 100 miles of advertised range, while Tesla’s new souped-up model S, with an advertised 300 miles of range, will be priced at $77,400 and have an actual range that is closer to 240 miles. Meanwhile, batteries all too often are associated with electrical fires — recall the Sony laptop lithium-ion batteries of several years ago or the recent controversy over the Chevy Volt’s batteries — or they stop functioning because of degraded components. The question is, can such a battery be made? Today’s lithium based batteries are a huge improvement over the first batteries of 200 years ago, but the problem remains the same. a battery that can store twice as much energy is going to be twice as big, and too big for a vehicle. A battery is a rather inefficient way to store energy. Gasoline holds 35 times more energy by weight than a battery. 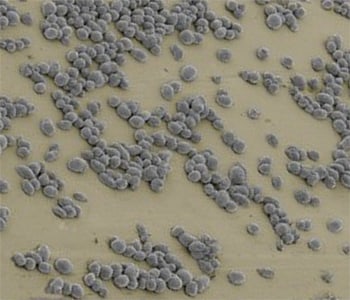 The search is on for the replacement for lithium in batteries. A possible replacement is Silicon, but Silicon swells and shrinks when charging and discharging which kills the battery life. To combat the battery life problem, researchers at Argonne National Laboratory (ANL) and elsewhere are working on devices that could self-heal. The idea is to include microcapsules of liquid metal smaller than a red blood cell along the surface of the anode or cathode. When that surface becomes damaged, the capsules burst and the liquid metal fills in the blemishes cutting off current. Finally, batteries that could be refilled on the go, such as the “flow batteries” being developed at the Massachusetts Institute of Technology, might provide a solution to long-distance transport, though refueling stops would become more frequent. Think of it as a battery masquerading as a liquid fuel. Essentially, these batteries break up their anode and cathode materials into particles floating in the liquid electrolyte. Such electricity-generating solutions could then be used until fully discharged, pumped out and the battery refilled with fresh solution, though this poses the usual chemistry and infrastructure challenges facing all battery-powered vehicles. The company Better Place has a similar idea for swapping out more traditional batteries entirely and will begin rolling that system out in Denmark, where installing the infrastructure can be more manageable.

The Era of the Modern Battery 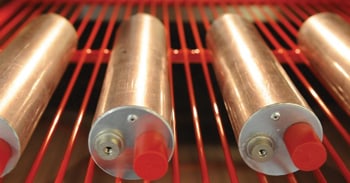 Alessandro Volta built the first modern battery around 1800, by piling discs of zinc and silver separated by cloth soaked in salt water. The salt water oxidized the zinc, freeing up electrons, which then migrated to the silver. By keeping those electrons flowing, Volta induced an electrical current from the battery and was the first to demonstrate the properties of properly configured electrolytes, anodes and cathodes.
This first battery had all kinds of limitations, including almost instant corrosion that would shut down the chemical reactions needed to generate electric current. Plus, Volta’s battery could never be too big because the weight of the discs began to squeeze the salt water out of the intervening cloth.

In the end, however, even these futuristic batteries and schemes pale in comparison to the energy density and convenience of fossil fuels — a lithium air battery, the most energy-dense battery on offer in the laboratory, might hold roughly one-fifth the energy of a similar amount of gasoline. Also, such batteries will be expensive. But that doesn’t mean that such batteries won’t find a use, for example, in the military, which has partnered with the DoE to test large-scale batteries for microgrids. And renewable sources of electricity, such as the wind and sun, may also rely on large-scale battery storage to smooth out interruptions in the supply of power from such sources. But it’s cars that really rev the motor of battery enthusiasts. As a result, this year the DoE will launch a new research center devoted to dramatically energy storage and improving battery technologies for vehicle and grid applications. Nevertheless, it is those working on batteries within the DoE who recognize the scale of the challenge — and the hurdles presented by basic physics. ANL developed lighter, safer and cheaper-to-manufacture lithium-ion batteries that also mix in manganese, which will soon be used in the Chevy Volt. But that doesn’t mean the battery will soon triumph.

Most shops in colder climates start to see an influx of customers with battery service needs as the temperatures drop. Perhaps more than any other maintenance category, being proactive about taking care of your customers with dying or dead batteries is essential this time of year. Lead-acid batteries have an average service life of roughly…