There are differences between OE tires and their “identical matching” replacements.  It can be a very subtle difference or it can be very noticeable.

Meeting OEM Needs
It wasn’t too long ago that the general consensus was that the only reasons a carmaker chose a particular tire as OE was appearance and cost – it had to look good in the showroom and it had to be cheap. 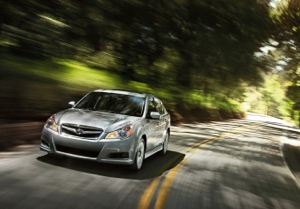 Even if that was true then, things are different today. As vehicles have evolved, original equipment tires have changed too. Tire weight and rolling resistance have been reduced and handling has improved.

Pressure from auto manufacturers has forced tire companies to make better tires. Original equipment tires may be fine-tuned versions of existing tires or brand new tire designs. In either case, the tires are part of every new vehicle’s engineering process, and a big part of a car or light truck’s overall feel, directly impacting its comfort and performance. Making the OE tires part of the vehicle development process is essential to achieving the desired ride and handling qualities.

Because the OE tires are such a critical part of a driver’s overall satisfaction with his or her new vehicle, every vehicle manufacturer prioritizes different characteristics. The manufacturer looking for higher performance will look primarily for dry traction and responsiveness.
Another, looking to maximize fuel mileage, may place greater emphasis on low rolling resistance.
Unfortunately, because of the limitations of available materials and manufacturing techniques, many of the characteristics the vehicle manufacturers want are obtainable only by sacrificing other characteristics. Tread designs that result in better snow traction and reduced hydroplaning are noisier. The stiffer sidewalls that give sports models more responsive handling and better high-speed characteristics reduce ride comfort. Harder tread compounds generally offer longer wear and lower rolling resistance, but they also reduce traction, especially in wet weather or snow.

In the end, even with all of the newest technologies, tires remain a compromise. The vehicle manufacturers’ specifications force the tire supplier to evaluate often-conflicting demands to provide the performance traits and comfort levels required at the price specified.

With all this attention on the OE tires, if the vehicle owner is satisfied with the vehicle’s “feel,” it shouldn’t come as a surprise that they may look for the same tires when it’s time for replacement. How likely is it that the consumer will get a truly identical tire – or will they end up with a tire that looks the same, but is substantially different?  It could be an “exact duplicate,” but at minimum they likely have some subtle differences.

Specifications change over time and probably will have changed by the time the vehicle is due for a normal replacement of its tires. Tread compound variations are the most likely differences between the true OE tire and its identically appearing replacement. The OE version may have a harder tread compound for lower rolling resistance and better tread wear. The replacement may have better dry or wet traction because of a softer compound.

Tire manufacturers are under constant pressure from their carmaker customers to reduce costs, and this drives many specification changes. Sometimes it’s just a matter of making a tire originally designed for one specific fitment work on several different vehicles. When a consumer gets a reduced cost version of the OE tire, the differences are usually much like those from any other specification change.

Assuming a consumer actually finds the exact OE tire, with no changes in construction or tread compound, chances are it’s going to be an “OE downstream”. The best tires go to the vehicle manufacturers for fitment on new cars, and the rest go straight to the replacement market.

The differences that make a downstream are minor. There may be cosmetic defects, but rarely do they have any real world performance problems. Most have slight uniformity issues that keep them from meeting the vehicle manufacturers’ specs. Force variation (the spring rate of the tire) or roundness (how quickly the tire changes rolling radius) are the most common problems; aligning torque variations also are frequent. Sometimes, downstream tires are simply overstocks: the tiremaker made more than the carmaker really needed.

Because most OE specifications are extremely stringent (some by a factor of three times what a driver is likely to perceive), the variations in most downstream tires are unlikely to meaningfully degrade performance or be felt by the consumer. The condition of the vehicle’s suspension system and mounting problems are more apt to cause problems than a downstream tire.

When the customer asking for an exact OE replacement tire comes into the shop, it’s important to remember that new tires are going to feel different. Typically, the replacement will provide a smoother ride. It will probably also be quieter, and offer better traction on wet or snow-covered surfaces, along with better balance and uniformity.

The deeper tread of a new tire is largely responsible for the improved wet traction and the better ride (due to its cushioning effect). But the deeper tread, except in the relatively rare case where the tread has become hardened due to age, will squirm more and will make the car less responsive in dry conditions.

Perhaps just saying “OK” when the customer asks for an exact replacement isn’t the best way to go. Since the new tires are going to feel different, this may be an opportunity to find out what the customer likes and doesn’t like about the tire/vehicle combination. You may be able to recommend a more appropriate tire. At the very least, it will give you an opening to discuss what the customer is going to experience with their new tires.

If only two tires are replaced the vehicle’s performance will be affected by the condition of the other two older tires and the car is not going to feel the same.

If the new tires are installed in front, the vehicle will understeer in dry conditions and oversteer in the wet. That’s why it’s safest to install the new tires in the rear – to get the best control in inclement conditions. Some consumers will complain about this policy, thinking that newer tires should always go on the drive axle. But “new to the rear” has been proven time and time again, and plenty of YouTube videos exist to reinforce this fact. Some dealers are even refusing to make the sale if customers insist they install tires to the drive axle.

To avoid complaints, it’s important to advise the customer that replacing two tires is going to make the car feel different. It also may be a good time to remind them that regular tire rotation evens out wear, reduces noise (freewheeling exacerbates heel/toe wear while driving torque evens out tread blocks) and keeps handling consistent. Customers may be surprised to learn that many tire wear warranties include disclaimers that cut the warranty in half if the tires are not rotated. 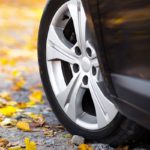 Tire tread wear can tell you a lot about a suspension. Most specifically, it can tell you if the angles, inflation and components are within specification. Here are the most common tread wear patterns and what causes them. Over-inflated Tires Tire tread wear in the center of the tread pattern tells you that the inflation… 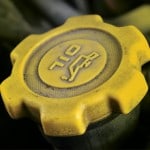