Proper removal and installation helps avoid premature damage to the bearing and surrounding components. Below are the steps for replacing tapered single-row wheel bearings in passenger cars and light trucks. 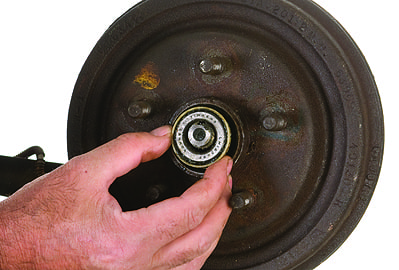 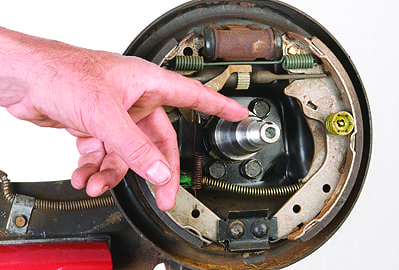 2. Clean and Inspect Hubs and Spindles

Remove all old lubricant from the rotor/ hub assembly and spindle. Clean the rotor/hub assembly and spindle with kerosene or mineral spirits. Inspect the spindle for wear. Use a fine file, wire brush, emery cloth or honing stone to remove any debris, nicks or burrs. Follow the vehicle manufacturer’s recommendation for permissible spindle wear. Apply a light grease coating on the cone seats to ease installation and prevent fretting. 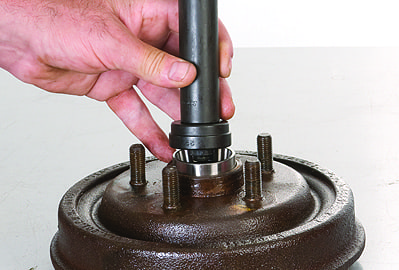 Use a cup driver or mild steel bar to drive the new inner cup and outer cup into the hub/rotor assembly until solidly seated against the hub shoulders. Be careful not to damage the cup surfaces. Never use a bearing cone assembly to drive a cup. 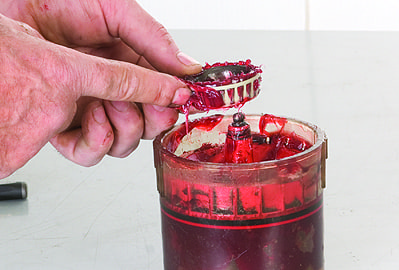 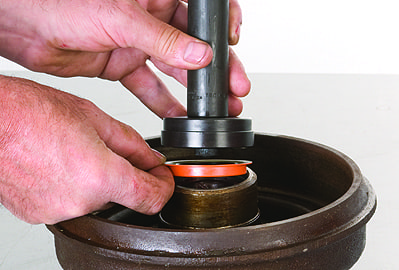 Replace the grease seal when it leaks or when bearings are being repacked or replaced. Install the inner bearing cone assembly in the hub, then install the new seal. Make sure the seal lips are pointed in the right direction following the vehicle manufacturer’s specification. Use the proper seal installation tool. 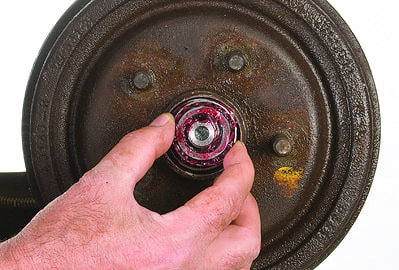 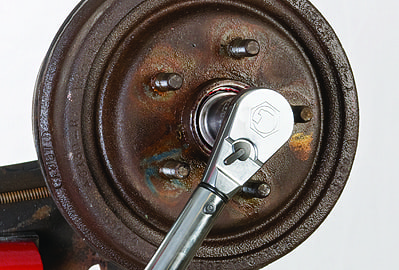 Re-torque the nut to 10 ft. lbs. while turning the rotor. Next, back off the adjusting nut ¼ turn. Lock the nut with a new cotter pin. 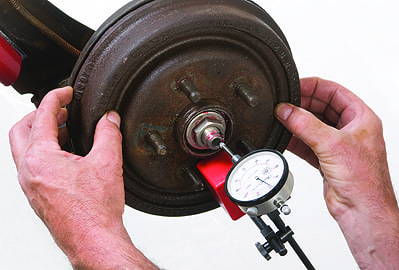 Pull the rotor out while oscillating and read the dial indicator again. The bearing end-play is equal to the total indicator movement, which should be between 0.001” and 0.005.” If not, repeat steps 7 and 8. Reinstall all components as the vehicle manufacturer recommends.

WARNING Failure to observe the following warnings could create a risk of death or serious injury.
Do not attempt to disassemble and reassemble unitized wheel end hubs and bearing assemblies. Improper reassembly could lead to failure.

Tensile stresses can be very high in tightly fitted bearing components. Attempting to remove such components by cutting the cone (inner race) may result in a sudden shattering of the component causing fragments of metal to be forcefully expelled. Always use properly guarded presses or bearing pullers to remove bearings from shafts, and always use suitable personal protective equipment, including safety glasses.

CAUTION Failure to follow these cautions may result in property damage.
The products cataloged are application specific. Any use in applications other than those intended could lead to equipment failure or to reduced equipment life.

Use of improper bearing fits may cause damage to equipment.

TechTips is not intended to substitute for the specific recommendations of your equipment suppliers. Every reasonable effort has been made to ensure the accuracy of the information contained in this writing, but no liability is accepted for errors, omissions or for any other reason. 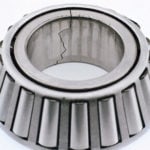 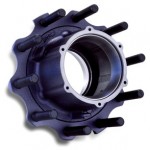 The trucking industry has a confusing term it uses called “wheel ends.”  A 16 wheeler truck can mean more than 10 wheel ends units that can go bad. While the scale of these vehicles is rather large, the basics are the same when it comes wheel bearing diagnostics and maintenance. Detection of Wheel-End Problems Identifying wheel-end…