The Importance of Fuel Additives

Gasoline Stabilizers
Loss of a gasoline’s volatility isn’t a factor in normal driving, but it becomes a major problem when starting seasonal-use vehicles like boats, motor homes, lawn care equipment and electric generators. Using a gasoline stabilizer basically reduces hard-starting caused by the tendency of the more gaseous components of gasoline to evaporate into the atmosphere. Many new formulas now include corrosion inhibitors that prevent fuel system corrosion from ethanol-based gasolines.

Fuel-Line Antifreeze
From the earliest days of the automobile, water condensation normally found in gasoline storage tanks and in automobile fuel tanks often caused the fuel line to freeze during cold weather. The historic remedy is to add various alcohol-based fuel line antifreezes that will mix with the water to prevent fuel line freeze-up. On another level, water dispersant fuel line anti-freezes will actually absorb and transport water from the gasoline through the engine, where it is vaporized into the exhaust stream. Although modern ethanol fuels perform the same function, many modern fuel additives nevertheless include some type of water dispersant in their various formulas.

Octane Boosters
Ethyl lead was used in gasoline for many years to increase the gasoline’s octane rating and lubricate engine valve seats. After the use of ethyl lead was discontinued during the 1970s, octane booster additives became popular for increasing the octane rating of gasoline used in the high-compression engines of the day. In most cases, a valve seat lubricant is included in an octane booster to reduce wear on antique and collector car engines equipped with cast-iron valve seats.

Fuel Injector Cleaners
The symptoms of clogged fuel injectors are hard-starting, poor cold-engine performance and sluggish acceleration. These symptoms are caused by carbon deposits clogging the fuel injector nozzles. Most lower-priced fuel injector cleaners are designed as preventive maintenance additives while the higher-priced cleaners are designed to also remove heavy carbon deposits from cylinder heads, valves and pistons. Any of these additives generally perform well when used as directed.

Upper Cylinder Lubricants
Thanks to the use of high-viscosity engine oils, varnish deposits and low-speed driving, early L-head or “flat head” gasoline engines often had problems with engine valves sticking in their valve guides. Light-viscosity, high-detergent upper cylinder oils were designed to be added to the fuel tank to help clean and lubricate sticking valves. Nowadays, sticking valves are rare and usually caused by insufficient oil clearance in the valve guide assembly. Nevertheless, many modern gasoline additives contain some type of upper cylinder lubricant to lubricate valve guides, seats and piston rings.

Diesel Exhaust Fluid
While diesel exhaust fluid (DEF) isn’t a fuel additive, it’s important to understand how it’s used. DEF is metered from a separate tank on the vehicle, directly into the diesel exhaust gas stream where it breaks nitrogen oxide compounds (NOX) into its basic components of nitrogen and water. If the driver ignores DEF warning lights indicating that the DEF level is becoming critically low, the diesel’s Powertrain Control Module (PCM) might limit vehicle speeds to about five miles per hour until the DEF level is restored. 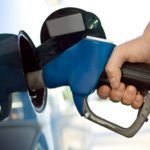 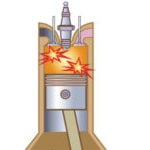