Clean Diesel: The Future of Fuel?

Due to recent advances in technology, more vehicles are switching to clean diesel.  Traditionally, diesel engines have always been more fuel-efficient than their gasoline counterparts due to their ability to run very lean fuel mixtures, and high compression ratios.  Diesel also has more heat energy per gallon than gasoline, but its heavier hydrocarbons produce more HC and soot.  They also have a higher combustion temperature, so they produce more NOX. These factors combined with engine noise, exhaust odor, cold start difficulties, and poor performance limited diesel’s use in passenger cars until now. 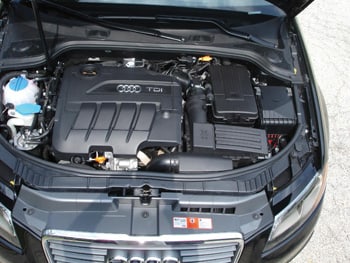 Thanks to direct injection systems with electronic controls, today’s clean diesel engines drive and feel no different than their gasoline counterparts but with 20-30% better fuel economy.

The hybrid market in the US has been growing steadily, yet the sales figures are still relatively low.  Hybrid production has been very limited due to the high cost of the technology and limited battery production capacity here and abroad.  According to J.D. Power, about half a million hybrids were sold in the US during 2011 and by 2016 will triple to about 1.5 million per year.  By comparison, they predict the sale of clean diesel vehicles will jump from 680,000 in 2011 to more than 9 million a year by 2016. 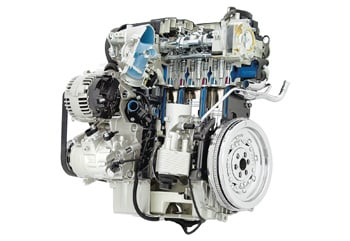 Today’s clean diesel engines produce 99% less NOX emissions and 98% less soot than diesel engines from 20 years ago.  Their fuel economy and performance are also much better.  The technology that makes all of this possible is common rail fuel injection at very high pressures and frequencies.  Clean diesels typically use piezo injectors that can cycle as many as five to eight times during an injection event to allows very precise control over the combustion to reduce noise and improve efficiency.  Clean diesel engines are designed to run on ultra-low sulfur diesel fuel, and B5, a 5% biodiesel mixture.  Research is being done to find if even higher blends of biodiesel are suitable for use.  Future diesel fuels may even include tiny nanoparticles of metals, oxides, carbides, nitrides or nanotubes to improve combustion efficiency and fuel economy even more.

Current clean diesel technology needs some type of exhaust after-treatment to clean up soot and other pollutants. Diesel catalytic converters need more platinum and other additives to handle the pollutants in diesel fuel. Also, a separate Diesel Particulate Trap is needed to catch soot. Many diesel systems add an after-treatment system to reduce the amount of EGR the engine needs. This helps to improve fuel economy. Vehicle that are equipped with an after-treatment system need to have their Diesel Exhaust Fluid (DEF) refilled around every oil change. DEF freezes at 12 degrees Fahrenheit meaning that it needs to be heated in cold weather.
Next-generation after-treatment systems may eliminate the need for DEF and the periodic maintenance requirements to keep the fluid level filled. Automakers are developing and testing new diesel catalysts that use no platinum and do not require urea injection to control oxides of nitrogen. Mazda’s Sky-D technology for diesel engines also promises to eliminate the need for NOX after-treatment by lowering the compression ratio of a diesel engine, and injecting fuel into the combustion chamber earlier in the compression stroke, the engine can burn cooler and cleaner allowing it to meet current and future diesel emission standards.