It’s right after a major snowstorm, and there’s ice and snow on everyone’s windshield. You’re at the shop waiting for the phone to ring. The phone leaps off the receiver. The caller was in too much of a hurry to clean the ice off the wiper blades before turning them on. The wiper blades have become completely useless. He can hear the wiper motor running, but the blades ­refuse to move. 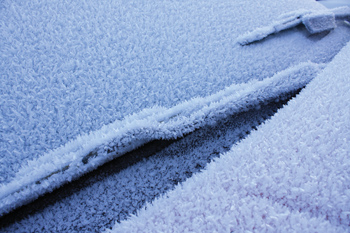 Most likely, it’s the nut on the wiper arm that has worked loose from the wiper shaft. Since most wiper manufacturers have gone to this type of fastener, not many wiper transmission failures occur due to snow or ice.

The next generation of “frameless” or “aero” wipers are starting to become the norm on late-model vehicles, much to the chagrin of older drivers who only want to pay for $5 ­refills for older-style blades. These blades are designed to work for late-model vehicles and often a driver will notice reduced performance and wind noise if they try to go with a cheaper frame wiper. For older cars, these wipers can be a nice upgrade. Diagnosing most of the mechanical parts of the wiper system is straightforward, but diagnosing the electric or electronic components, however, is ­another issue. We can break the systems down by years, and then determine how to diagnose the problem and make repairs.

Prior to 1995, there weren’t too many complicated electrical wiper systems. To go back even farther into auto history, most wiper systems were either vacuum-operated or operated by hand. There are a few exceptions, but most of those are on ­special models.

After 1996 with the ­arrival of OBD II ­systems, a lot of the manufacturers tied their wiper systems into the ALDL connector. You can actually diagnose the wiper system with their scanner. Some even have codes that involve the wiper system, usually through the BCM unit or the CAN system.

You can still diagnose the entire system with the use of an ohm/voltmeter, but I much prefer the newer cars for the diagnostic ­capabilities using the factory scanner to operate the front and rear wiper systems.

One of the other things that has changed over the years is how they work, where they’ve put all the separate components and the nomenclature that each different manufacturer uses. I pulled the wiring ­diagrams on Nissan Sentra, model years 1985, 1995 and 2005. The 1985 model had a separate intermittent amp control module incorporated into the wiper system. It was mounted under the dash or near the fuse box. Its job was to control the intermittent level for the wipers.

By the time 1995 came around, the intermittent amp control module was now called a time control module. They both did the same job; however, it was now mounted at the base of the steering column.

Before tackling any electrical system in any car, make sure you have the latest TSBs, proper wiring ­diagrams, and any diagnostic information that you can get your hands on. Most good diagnostic manuals will have the impedance values and the voltage ranges in their test procedures.

Rain-sensing wipers are starting to ­become a popular option and they are even standard on some import vehicles. Some newer models have eliminated the driver-controlled intermittent setting in favor of this option. 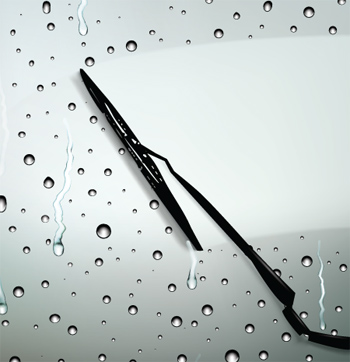 Rain sensors often perform double duty as sensors for automatic headlights. If there is a problem with the sensor, chances are it could change how both the lights and wipers work.

The software sets the speed of the wipers based on how fast the moisture builds up between each wipe. But, the newer systems use vehicle speed and information from the CAN Bus for the wipe interval. This stops the wiper from flailing about at stoplights.

The rain sensor and module will also send information to the lighting module that controls the lights to turn them on if the wipers have to run for a predetermined amount of time.

One of the most common problems with these systems is not the sensor, but the windshield itself. When a windshield is replaced, it’s possible for the glass to be mounted with contaminants or adhesive in front of the sensor. Some systems will detect that the wiping action is not changing how much light is being reflected back and might not allow the driver to select the auto mode. This is where the scan tool comes in handy.
Some replacement windshields may vary enough from the OE coatings, thickness and tints to also cause the sensor to malfunction.

The condition of the wiper blades can also influence how the sensor operates. If the blades streak or leave excess water on the windshield, it will be ­detected by the sensor and the sensor will increase the number of wipes to remove the water. When testing these ­systems, use a spray bottle that leaves droplets on the windshield. Do not use a hose, as the sensor is ­designed to detect droplets, not a stream of water.

Most late-model imports use vehicle speed to ­determine the wiper interval. At lower speeds, the vehicle will increase the interval or speed. When the vehicle is put into park, the wipers may or may not enter into a hold mode.

Remind your customers, especially those in the northern part of the country, to make sure they turn off their wipers before parking the car for the night, and that they clean the snow and ice off the wiper arms and blades before trying them the next morning. 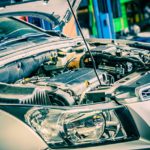