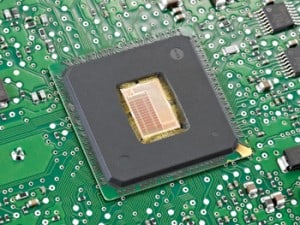 All 2012 model year vehicles come equipped with electronic stability control (ESC) standard, but electronic stability control has been an available option since 2008.  These systems use many sensors to measure the dynamics of the vehicle and the intentions of the driver.  The ESC system depends mainly on three main sensors that measure yaw, pitch, and steering angle.

Most 2008 and later vehicles have the ESC and ABS on a Class 3 Controller Area Network (CAN) bus system that operates at a high baud rate.  The sensors for yaw, pitch, and steering angle are found on this network.  Those sensors, and more, communicate with the stability control module in binary language via the CAN bus.  The computer processor in the stability control takes in information, decides what’s happening, and decides what corrections should be made in real time with a very fast network and processor. 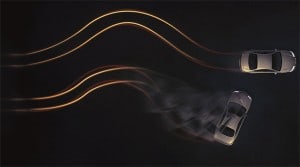 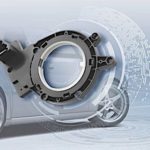 To be effective at ABS and stability control diagnostics, knowing how steering angle sensors measure angles and information is critical. 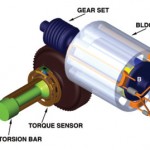 An Electronic Power Steering (EPS) system’s advantage over a hydraulic system is if the engine stalls, you will still have steering assist.