Unlike the 7.3 and 6.0 Powerstroke engines, the 6.4L is a common rail diesel engine. Instead of controlling fuel delivery with pressurized oil, the engine uses a high-pressure fuel pump to create very high fuel pressure and store it in the two fuel rails that directly feed the injectors. The pump is capable of creating pressures in excess of 24,000 psi regardless of engine rpm. 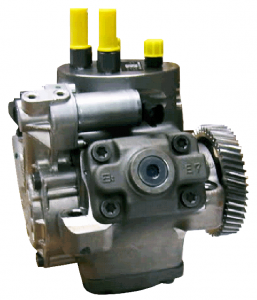 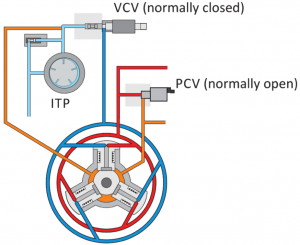 The high-pressure pump consists of the following: 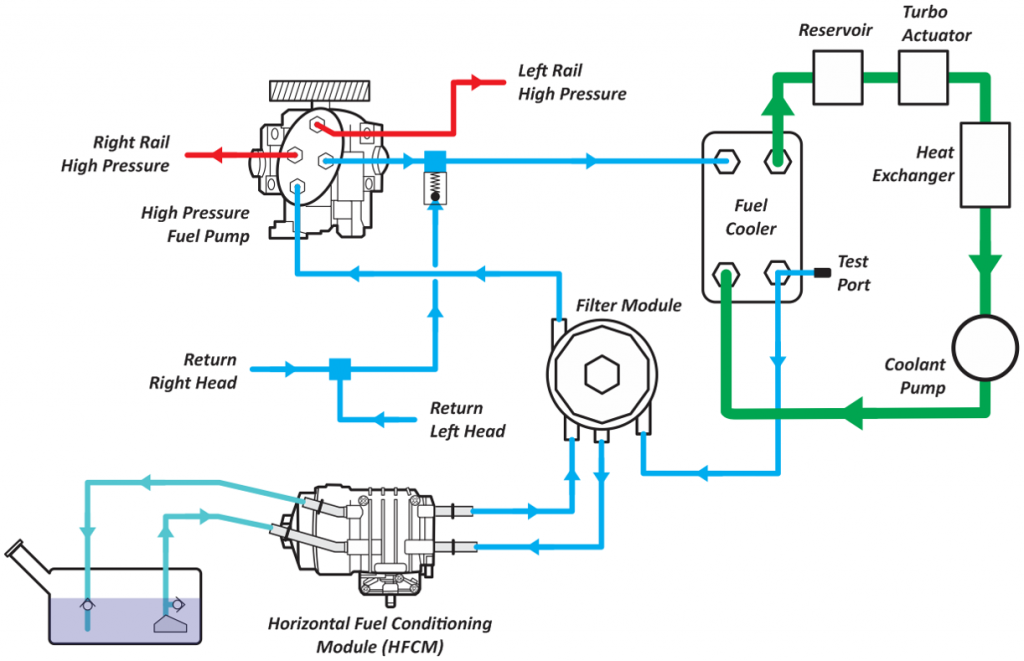 Low-pressure fuel (3-8 psi) from the Horizontal Fuel Conditioning Module (HFCM) enters the 4-micron secondary fuel filter that’s mounted atop the engine and beside the oil filter assembly. After passing through the secondary filter, the low-pressure fuel enters the mechanical High Pressure Fuel Pump (HPFP). Controlling the amount of fuel that is fed to the HPFP regulates the amount of pressure generated by it. Two solenoid valves are used to control the fuel pressure: the Volume Control Valve (VCV) and the Pressure Control Valve (PCV). Fuel not used for pressure generation is used for pump lubrication and then diverted to the fuel cooler through the return port. 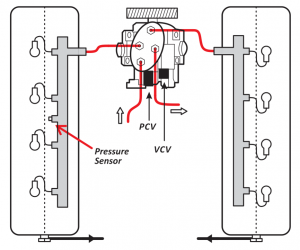 Normally, the VCV is a closed valve that controls the inlet side of the high-pressure pump. The PCM controls the VCV with a Pulse–Width Modulated signal. If the PCM is unable to energize the VCV, the pump will not be able to generate pressure. As a result, the engine will either not start or die while it is running.

In conjunction with a spring-loaded valve, the PCV is used on the outlet side of the high-pressure pump to modulate the generated pressure. The spring tension on the valve is very weak, and it alone cannot hold high enough pressure in the system to keep the engine running. The PCV is controlled by the PCM via a PWM signal, which aids or strengthens the valve to maintain system pressure at the PCM’s desired level. If the PCM cannot energize the PCV, the system will not be able to generate enough pressure to run the engine.

The highly pressurized fuel is routed to both banks using two high-pressure lines that connect to the cylinder heads. Under no circumstance should these lines be loosened when the engine is running. Serious bodily injury could result.

The injectors and fuel rails are located underneath the valve covers. A short NON REUSABLE transfer tube connects each injector to the fuel rail.

If you must remove or install the high-pressure lines from the pump to the cylinder heads, take special care to hold the pump fitting in place with a wrench while using another wrench on the line. Failure to do so can result in catastrophic damage to the pump. 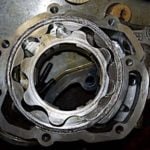 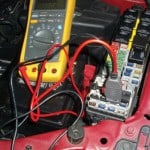