On Ford 6.0L Powerstroke engines, the purpose of the Fuel Injection Control Module (FICM) is to supply 48 volts to the two solenoids that control pressurized oil flow to the fuel injector. 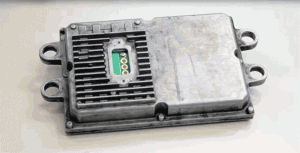 The FICM uses a series of internal capacitors to turn the vehicle voltage (12-14.5 volts) into the 48-volt supply. If the voltage drops below 48 volts, the oil flow cannot be properly regulated and will result in improperly functioning fuel injectors and potential damage.

On a cold start, when the oil is thickest, the injector solenoids draw more current, as opposed to when the engine is warm and the oil is flowing. The excessive current draw can damage the capacitors in the FCIM, resulting in one or more of them dropping out. The end result is fewer than 48 volts being applied to the injector solenoids. When that happens, a common symptom is rough running on a cold startup followed by normal engine operation when the engine reaches operating temperature. Truck owners will often tolerate the condition, but if it’s not addressed it can eventually lead to injector damage. In many cases, it may result in a crank no start condition. 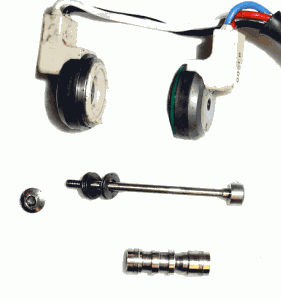 So why does a cold start and thick oil cause a 6.0 Powerstroke to start hard? The FICM supplies voltage to two solenoids (magnets) on the top of the fuel injector. Over time, varnish buildup on the spool valve and the bolt shaft it travels on causes the spool valve to stick, especially if the oil isn’t changed regularly or if improper oil is used. This phenomenon is referred to as stiction. Once the engine warms, the oil flows more freely and the spool valve can shuttle back and forth, supplying high-pressure oil to actuate the injector.

Power Tip: Glows plugs can also cause hard start or rough running on a cold engine. Here’s one way to tell the difference: if there’s white smoke coming out of the exhaust after a long crank, it indicates unburned fuel and points to the glow plugs as the problem. If there’s no smoke, the FICM is the problem.

To identify a faulty FICM, monitor a scan data PID called FICM_MPWR. The data should read 48 volts or slightly higher. A lower value indicates a faulty FICM. When looking at the data, make sure the PID FICM_VPWR and FICM_LPWR both indicate battery voltage. If sufficient voltage is not available to the FICM, it can’t do its job. With faulty FICMs, there will often be plenty of DTCs set for injector circuit voltage errors, as well.

To ensure the longevity of the FICM repair or replacement, it is good practice to replace the injectors, too. Two final notes: verify the FICM’s wiring harness and connector, and verify that the correct voltage is coming out of the FICM when the job is complete!

Newly installed FICMs typically require flash programming before the engine will start. As an alternative, you can use an FICM repair kit that will reduce the repair cost and eliminate the need for flash programming. Plus, the kit allows you to replace only the faulty component in the FICM: the power supply board. To learn more about this process, watch our Installation Spotlight video: 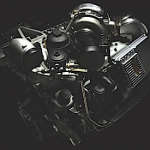 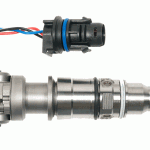 The 6.0 Powerstroke engine, like the 7.3 its predecessor, uses Hydraulic Electronic Unit Diesel Injectors (HEUI), which receive energy to open from engine lube oil that’s pressurized by a gear-driven high-pressure pump. The PCM communicates to the Fuel Injection Control Module (FICM) that it’s time to fire the injector. When that happens, an electrical signal…