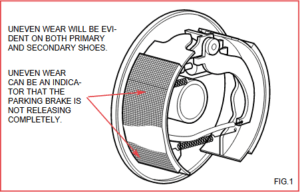 Rear brake shoe performance and wear can be adversely affected if the parking brake is not releasing properly. Often this is not discovered until the brakes are replaced and there is difficulty installing the drums. And then, the new friction is commonly blamed for this situation.

Other symptoms of a problem that can be related to the parking brake are accelerated wear, an unusual wear pattern on the shoe, brake shoe drag, and difficulty removing the drum for inspection.

If the parking brake is partially engaged, it will force the brake shoe off the anchor and create a continuous drag 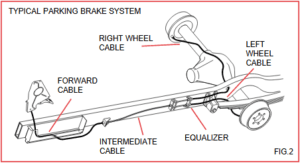 of the shoe against the drum. This can cause noise, premature rear brake lock-up and hot spots in the drum. This will eventually create a wear pattern on the shoe. The amount of brake drag created will depend on the shoe adjustment and cable restriction. Even a high amount of brake drag may go unnoticed by the driver. Also, if new shoes are installed, they may not fit correctly. 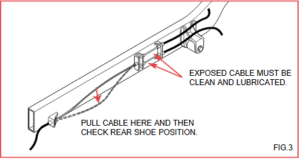 down on the intermediate cable as shown in figure 3. Release the cable and look to see if the brake shoes have returned to their at rest position. Make sure that the shoe rests against the anchor pin.

Parking cable release can be affected by the improper operation of the passenger compartment actuator. The “press to apply-press to release” type can maintain tension on the cable while appearing to be released. The self-adjuster built into this brake pedal assembly may not release properly.

If the pedal does not return completely, figure 4, there will still be tension in the cable assembly going to the rear wheels. 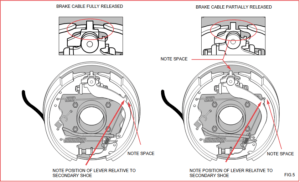 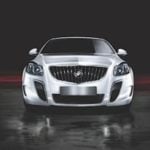 The fifth-generation Buick Regal might seem like an easy car to repair on the surface when the pads need replacement, but it can be quite complex. 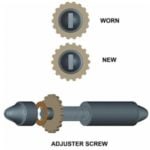 The Importance of Drum Brake Self Adjusters

Drum brakes have return springs to return the shoes to a rest position and hardware to hold the shoes to the backing plate. The shoes return to a fully retracted or rest position when the pressure to the wheel cylinder is released. There is no compensation for lining wear. In some cases, the master cylinder…